In life you win or loose, it's basically just like playing a game. We are all participants in a charade, how life evolves and turns out all depend on how well the game is played.

Following the course of life that offers the most potential makes sense, rather than accepting any unfavorable conditions fatalistically. Always consider the alternatives available that will lead to the most acceptable or beneficial outcome.

The beliefs in any subject depends upon a personal perspective; what may be a sound belief to some may be difficult to comprehend for others. Consideration for the beliefs that others have is imperative if one doesn't wish personal core beliefs to come under ridicule or questioning and dismantling by external forces.

A leap of faith is what belief without facts involves. Only verifiable facts can back a true construct of belief; otherwise it will be based upon an assumption, a theory, or a passed on belief that is accepted on surface value.

Adopting a belief while young is easier, as children are less likely than grownups to disbelieve or question logically what they are told; grownups have comparisons, as well as a vast array of conflicting potential beliefs to choose from and play off against each other.

Deciding on the adoption of a belief can be a difficult business with so many conflicting ones to choose from in the modern world. When many seemingly logical facts are piled onto any potential belief it get harder to separate truth and fact from disinformation. Details don't need to be true, just believable; fiction or fact is immaterial when enough plausible information is fixed to any specific belief system. Rejection of well-stacked beliefs can seem illogical or in the worse cases made out to be so by those who wish to manipulate the beliefs of others, especially if for personal gain.

Beliefs are manipulated if care and attention is not duly paid to what one takes in as fact, always ensure that what needs to be ignored as irrelevant and seen as disinformation is rejected. A convincing statement can be made using elements of subterfuge, which can consist purely of the systematically back engineering of commonly supposed facts and stories.

Careful analysis is always necessary and prudent to ensure that no inconsistencies or inaccuracies exist before adopting any beliefs expounded by others. Only through choosing wellfounded beliefs, or those based upon personal experience, will any belief be worthy of adoption.

LIFE IS TO BE EXPLORED

In order to appreciate the true essence of immortality it is necessary to experience the mortality of the physical being; the experience of pain, loss, laughter, and freedom; to learn to be a creator within reality.

Search for what you seek; be that some kind of promised land in the form of infinite wealth, or fame; to gain power to control the fate and minds of others; to find personal tranquility or meaning, even for the briefest of moments; to relax in the light of day; and to experience bliss.

Like any great exploration there is the understanding that something lies beyond what is already known, the concept of the Eldorado or Shangri-La; the goal to be sought after. Without the will or desire to achieve one is like flotsam on the oceans of time.

There should be a purpose and meaning given to life, a decision either partial or complete about a path to be taken, a goal to be achieved; if not for the satisfaction of time well spent then to pass the moments, with a thought that the seeds planted by having some direction will lead to a realization at some stage of what can be achieved in life. The harnessing of a logical goal or reason for life in the material reality is partly what life is about; including not only the comprehension of immortality within eternity, but a sense of mortality within reality also.

Perhaps those who don't achieve anything in life, or don't achieve a significant stamp upon reality are doomed to live the same life over and over until they get it right; until they become immortal within all the forms of reality that exist beyond the perceptible.

Life can be lived anyway one chooses without conforming, that is obvious from the lack of pure uniformity across people and populations. Some do try to gain power or control over others, molding minds to process and behave in specific ways that are wrongly or rightly thought beneficial to all; or to gain some advantage from controlling the will and minds of the masses. Yet still there is diversity, the freedom to be whoever, wherever, whatever one pleases; all it takes is the willpower to realize then pursue the life that is desired.

All things are possible, look at all the variable lives that have been created and lived across the world, across time even. Each person is free to create what they aspire to, or simply to watch the moments roll by in some fantasy that is also a form of freedom, if only within the mind. True freedom is the choice to create the desires one believes in within the lifetime available.

It is the strong willed who can reach the achievement of their desired purpose and meaning for life; never compromising, unable to accept second best alternatives; rather prepared to make whatever effort or sacrifice necessary to achieve their desired end result, leaving of their mark and memory upon reality within the physical world for all time.

Find out more by reading the book Life Is Simply A Game. 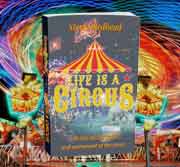 Life means much more than the physical or material reality that the mind comes to believe in through indoctrination or the inability to perceive alternatives. Life is quite short, passing in what can seem like the blinking of an eye in relation to the concept of eternity. How reality unfolds depends upon and is governed solely by how it is perceived or manipulated, what is pursued with the time available. 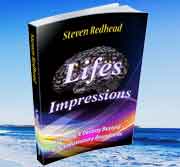 The quality of your destiny is governed by your actions or inability to act, by your capacity to dream or not, by your desires or lack of desires. You bind yourself by the chains of the burdens you accept willingly during your lifetime. You are bound by the constraints of what you perceive, it doesn't matter if those perceptions are accurate or not. Start Living By Taking Back Control of your Life. 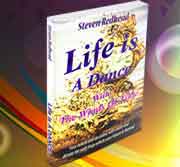 Life is indeed a dance with time, a brief moment in eternity were you are given the valuable opportunity to experience and interact with the physical realm that exists all around you, seen and unseen. The quality of life is governed by the effort put into taking the opportunity to create wonderful experiences that will give your life the quality you seek.

Life is an open book as far as potential is concerned, the limits are self determined based upon what you are prepared to do to achieve the most ideal outcome. Each new day has endless potential, what can be achieved, what can be gained, and what differences can be made. 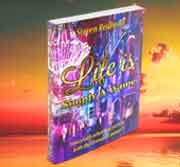 Life is indeed a game that we all play to pass time; simply a series of days strung together, made up of how you planned or decided to spend the moments. Like any game how well it is played or whether life's circumstances are interpreted accurately, then used to the best advantage, makes losers and winners to varying degrees. 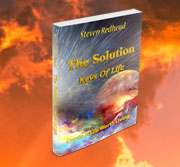 The Solution gives insight into what the Laws of Attraction are really about; how to harness the power of creation within us to make life what you truly desire. Gain insights into addressing life's issues, so that you can start to create the life you imagined and always wanted. 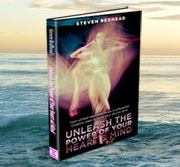 The heart is natures most untapped resource generating more than just intuitive feelings and desires but also the conscious means to bring desires into reality. 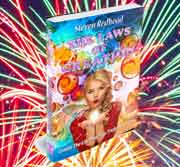 The Laws of Creation provides insight into The Secrets of what the Laws of Attraction are really all about; harnessing the power within each of us of to create the life that we truly deserve. Life was never meant to be serious, it was meant to be a joy.

Creating Your Reality offers directions on how to return to your true life path; to finding your bliss, living a life that you truly deserve. The quality of life is always governed by the effort you put into giving life quality and meaning.

In life you may win or loose at times, it's basically just like playing a game; the right mentality is chancing the wheel of life by trusting and ensuring you will win just the same.

The course of life runs as smooth as you wish it to, or as turbulent as you are prepared to allow or persevere. Every day is an opportunity to realize the wonder that exists in the world.

Life is indeed a game that we all play to pass time; simply a series of days strung together, made up of how you planned or decided to spend the moments.

Like any game how well it is played or whether life's circumstances are interpreted accurately, then used to the best advantage, makes losers and winners to varying degrees.